Accueil » Articles » What scenarios for the energy transition?

What scenarios for the energy transition?

A spotlight on global energy scenarios is very often useful. Thus, in its latest report on energy, the International Energy Agency (IEA) (IEA, World Energy Outlook 2013, www.iea.org ) describes the future evolution of the global energy scene with several scenarios. Its central scenario,  » New Policies « , including among its assumptions recent energy policies inflections, assumes that while slowing the growth in demand it would not meanwhile limit to 2 ° C the global warming (the target set in Copenhagen in 2009 and which was debated at the recent climate conference in Warsaw). According to the baseline scenario of the IEA, global primary energy demand would increase by a third by 2035 and reach 17.3 billion toe. A second, more aggressive scenario, called « 450 « , which limits to 450 ppm (parts per million CO2 equivalent) the concentration of greenhouse gas emissions, is capping at 15 Gtep global energy demand in 2035. If all sources are promised a strong growth in the central scenario, the rate of the oil and coal would be significantly lower, while the demand growth for natural gas (48%), nuclear (66%) and renewable energy (77%) would accelerate. Electricity demand very strong growth (75% ) would be satisfied in almost a third from renewables in 2035 in the central scenario (reducing the weight of coal) and almost 50% in the « 450 » ​​scenario (with also a significant weight for nuclear). The World Energy Council proposes, meanwhile, more contrasting scenarios for 2050, called  » Jazz  » and  » Symphony  » (World Energy Council, Global energy scenarios on the horizon 2050 Paris, 2013 www.wec-france.org ) : an increase in primary energy demand in the range of 27 % to 61% with a share of fossil fuels remaining largely predominant in both scenarios : 77% in the less aggressive, « Jazz ». The share of renewables in primary energy amount to 30% in « Symphony » (20% in  » Jazz « ).

The scenarios also play their role in the debate on energy transition in France. Presenting energy scenarios for France in 2050, the National Alliance for the Coordination of Research for Energy (ANCRE), which coordinates France, energy R & D strategy of major public research institutions and universities, contributes to the preparation of the future energy bill that must be passed by parliament in late 2014 ( ANCRE, Scenarios for the energy transition , 2013, www.allianceenergie.fr ) . It offers three scenarios that would divide by a factor of 4 at least emissions of greenhouse gases by France in 2050. They describe both contrasting changes in demand (its major sectors are examined in detail) and the final energy mix. The first « Enhanced Sobriety  » scenario (SOB) assumes that individual and collective behavior will reduce drastically the primary and final demand (- 41 % decrease for the latter ), assuming a very important thermal renovation program for buildings (650,000 units per year instead of 125,000 today) and the development of renewable energies. The « Decarbonization by 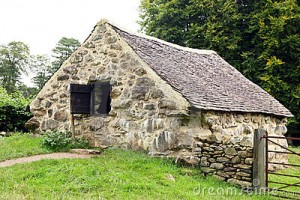 electricity  » scenario (ELE) put on an energy efficiency effort coupled with a significant increase in use of electricity particularly in transport (45% of electric mobility in 2050) . Finally, the third scenario, « Diversified Vectors  » ( DIV ), also favors energy efficiency with a significant use of biomass (including biofuels) and heat produced by cogeneration. In scenarios ELE and DIV final energy demand falls by 27%. And in all three scenarios the share of electricity produced by nuclear rises to 50% in 2025 (75% today). ANCRE studied a variant of the ELE scenario, releasing the pressure on the nuclear (share would decline slowly to 60% in 2050) , allows a greater reduction of CO2 emissions .

ANCRE emphasizes that its proactive scenarios represent a break in the evolution of primary energy demand per capita in 2050 as it would regain its 1960 level. It involves a change in behavior with a sustained innovation effort to overcome technical obstacles (the capture and storage of CO2, the storage of electricity in particular) and propose a significant investment in R&D. ANCRE demonstrated extreme caution in assessing the implications of the scenarios. It considers that the total cost of investment required for the transition would amount to € 1 trillion without quantify in detail the price of energy (including renewable) but it « expects » its sharp increase (doubling for electricity) but with a reduced household demand because of the drop in consumption. Similarly, ANCRE does figure only partially impact on employment of its scenarios although it is very likely to be positive in the construction industry if the program for the thermal renovation of buildings is initiated with a great extent (300,000 jobs created ?), but it remains uncertain in the transport area (it would be negative with the  » Sobriety  » scenario). DIV scenario which relies on the use of biomass requires the mobilization of 5 million hectares of agricultural land for its implementation which is considerable.

All these scenarios are undoubtedly useful but they do not exhaust the debate which must navigate between the « possible » , the  » desirable  » and the  » acceptable  » (see the interesting article by David B. , M. de Lattre- Gasquet, S.Mathy , I Moncomble and J.Rozenberg , . . « Energy Foresight: the possible, desirable and acceptable  » Futuribles, No. 398, p 37, January-February 2014, www.futuribles.com ). This is precisely the mission of foresight:  revealing obstacles, identifying technical and financial locks blocking the way in order that acceptable energy strategies become possible and realistic for actors.