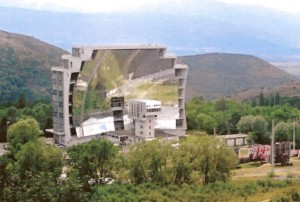 The development of renewable energy is considered in France as in Europe as a “critical point” for the energy transition towards a low « carbon » energy, and we have devoted regularly articles on that matter in the past months. France, for its part, is committed – in accordance with the European roadmap for energy policy – to achieve the objective of a 23% contribution of renewable energy (all sectors) in her final energy mix in 2020. Knowing that in 2011 these energies contributed 13.1% to the final mix, can this objective be achieved and by which ways? Can we exceed it beyond 2020? A recent report of the Court of Auditors (La politique de développement des énergies renouvelables www.ccomptes.fr ), which curiously has been published a few days after the closing of the national energy debate, assesses critically the political support by State of the renewable energy sectors and raises questions about the very possibility of achieving in 2020 the French target regarding those sectors. Without commenting on their technical viability, the Court made  important remarks which we will summarize. The total amount of public support (mainly by the State: tax credits, fund dedicated to heat, various subsidies) for renewable energy amounted to € 14.3 billion over the period 2005-2011. The ranges of electricity generation costs in Europe are presently very broad – 114 to 547 € / MWh for solar photovoltaic (PV) – 87 to 116 € / MWh for offshore wind – 62 to 102 € / MWh for onshore wind – 43-188 € / MWh for hydroelectricity (the Court amounted formerly to 45-50 € / MWh the production cost for nuclear electricity in France).

The Court questioned the effectiveness of public aid under the goal of « decarbonization » of energy. Thus, paradoxically, the most effective channels for reducing CO2 emissions being the less supported one’s : 112 € per ton of CO2 avoided with photovoltaic against  € 33 for condensing boilers, 21 € for thermal insulating of walls (including double glazing) and 20 € for wood heating, micro hydraulic is also very poorly supported (EDF does not encourage it). CSPE (the Contribution to the public electricity service, a tax which is being paid by consumers) do not seem to be the tool used with greater consistency. Indeed, among the 3 billion euros of CSPE which will be devoted to support electricity generated by renewable energy sectors in 2013 (60% of total CSPE), 2.1 billion € will be dedicated to PV and 0.5 billion € to onshore wind while the later contributes seven times more than the PV in power generation! The Court points out clearly that there exists a consistency issue in the energy policy that renders very problematic the possibility of achieving the target for renewables by 2020: the public support does not irrigate the channels that contribute the most efficiently to the objective of the energy transition policy (biomass energy although very efficient is thus among the least supported)..

It is true that the solar energy  has contributed to job creation in the renewable energy sector : among the so-called  83,000 « green » jobs in 2012 (from a peak of about 98,000 jobs  in 2010), solar and biomass energy contributed each for one fourth, while the (limited) sector of heat pumps represent 14,000 jobs. In its recommendations the Court calls for a more comprehensive, coherent and cost-effective policy for the support of renewable energy with a clearly identified strategy for R & D for the future power system. It requests greater vigilance with regard to the solar sector and the future of offshore wind. Once more it stresses that with nuclear energy, France has a non-CO2 emitting electricity system (75% of power generation) which is among the cheapest in Europe but, with shale oil and gas exploration, this is still part of the national energy debate in France. Let us add that the recent settlement of the conflict between the EU and China on massive exports to Europe of Chinese solar panels (produced with a heavily “carbonized” electricity, the Chinese having agreed to limit their exports to Europe to 7GW and not « breaking » their prices) may lead to a slow death of the European solar industry. Thus, the coherence of solar industry policy remains also to be demonstrated.

A critical examination as the Court of Auditors’ report is not a condemnation of the renewable energy sectors, but raising the issue of their cost to society (not much addressed in the debate in France), it uncovers an important parameter for the selection of strategies. The future remains open, but according to a recent study by General Electric, Modelling Europe’s energy future, the European scenario for the energy roadmap to 2020 – which targets a final energy mix with 20% renewable energy by 2020 and a fourfold decrease in CO2 emissions by 2050 compared with their level in 1990 – is probably optimistic. This study performed in cooperation with European research centers (including a research center on climate in Cambridge) and twenty experts (which is probably far too limited) examined several assumptions for capital costs (for infrastructures) decrease for different energy systems in 2050. By comparing the different energy models (including the European one PRIMES), experts agree that a drop of 3% of capital costs for onshore wind is very credible but that there is great uncertainty for offshore wind. As far as solar PV is concerned, while the European scenario relies on a sharp drop in installation costs (- 65%), GE experts are less optimistic agreeing on a possible 56% decline (which is already considerable!). They also stress that the lowering of capital costs for infrastructure construction does not allow forecasting a similar decrease of production costs which depend on several other factors (maintenance costs being one of them). Lastly, while the European scenario for 2050 forecasts a significant reduction in capital costs for high efficiency coal power plants equipped with CO2 separation and storage systems (-45%) and for nuclear power plants (a forecast before Fukushima), experts believe that these « previsions » are probably unrealistic.

These two reports illustrate the fact that the important issue of energy production costs with renewable energy systems remains largely open. Energy scenarios developed from models to prepare political choices do not always take it into account. As it has been highlighted by an interesting study by IDDRI at Sciences Po in Paris  (E.Belleverat et al., Scenarios de transition énergétique pour la France: définir un espace de discussion pour le débat, www.iddri.org ), energy models and scenarios based on economic and technical assumptions facilitate a better understanding of the complex interdependencies existing within energy systems (infrastructures, incentive policies such as electricity tariffs, public policies, etc..) and the assessment of policies impact. After reading a report like that of the Court of Auditors, it is feared that for lack of consistency, the French renewable energy strategy, which is at the heart of many scenarios for the energy transition, is as we say in French “une politique de Gribouille” (an illogic, short-sighted and confused policy). We will return longer, in September, on all the strategy issues for the energy transition.