Energy transition: is the Covid-19 pandemic a game changer?

The « energy landscape » has changed in two stages since the end of 2019. The first one, quite brief in early 2020, was a rapid fall of the oil barrel price Indeed, the OPEC (Organization of Petroleum Exporting Countries) countries, mainly Saudi Arabia, Russia and a few other producing countries, despite an agreement, in July 2019, for a planned reduction in production in an attempt to stabilize the oil market, engaged again in a price war, in early March 2020, by increasing production in an attempt to increase their export earnings and market share (J. Lavandier, « Oil shock: when a virus scrambles the maneuvers of the powers », Futuribles Vigie, 24 April 2020, www.futuribles.com ). At the beginning of January 2020 the price of a barrel of Brent was close to $61, but their strategy proved to be

a loser because it did not anticipate the economic crisis that the Covid-19 pandemic was going to cause and which was then beginning. In particular, by flooding the market with cheap oil, it aimed to weaken shale oil production, in the United States, which competes strongly with conventional oil (the latter having returned to the world’s largest oil producer. The turnaround in economic conditions in China in January following the epidemic, and the price war caused a sharp fall in the oil price, although producing countries had not anticipated a second stage which began in April when the pandemic affected a very large number of countries : they applied containment measures leading to the cessation of much of their economic activity and consequently a fall in energy demand, electricity and oil. In a recent report the International Energy Agency (IEA World Energy Investment 2020, may 2020 www.iea.org) estimated that in the middle of the containment period (until mid-April) energy demand fell by 18 to 25% depending on the country, with oil demand being the strongest, particularly as a result of the fall in road and air traffic. Over the year this decline in global oil demand could reach 9%, and 8% for coal, but that of gas would be lower (2%). Demand for electricity also fell sharply (by 20% during periods of total containment in developed countries). Global electricity demand would fall by 5% on average by 2020. The fall in fossil fuel consumption in 2020 will ipso facto lead to a very significant reduction in global CO2 emissions, which the IEA estimates at 8%, six times more than during the 2009 economic crisis (they would be reduced to their 2010 level).

Jared Diamond quoted Winston Churchill in his latest book about crisis Upheaval (Allen Lane, 2019) who had stated: « Don’t scrap a good crisis « .  With regard to the health crisis, the first lessons to be learned concern, of course, the public health system and the pharmaceutical industry, which were not sufficiently prepared to deal with it. Secondly, the energy impact of this crisis, which is a direct consequence of the economic recession, cannot certainly be scrapped. The energy demand reduction, electricity and fossil fuels, is apparently beneficial for climate policy since 80% of the world’s primary energy, in 2018, was of fossil origin (31% being oil). Considering the « post-crisis » period, many experts suggest that a recovery of the economy should be accompanied by investments to accelerate the transition to a « decarbonized » energy and thus the exit of oil. However, the « post-crisis » scenarios are only credible if we sketch at least an answer to the following question: is the health crisis a game-changer for energy and how?

Firstly in the mean term, two to three years, States will give priority to the re-starting of key sectors of the economy (transportation, services, agri-food) and investments in the health sector (hospitals, pharmaceutical industry), in France in particular, industrial sectors such as aeronautics and shipbuilding will remain permanently affected by the tourism crisis and the reorganization of maritime transport. During this period of time the low price of petroleum products might produce a « rebound effect » for the automotive industry favourable to petrol and hybrid vehicles, while the low cost of electricity kWh on the market may deter investment in renewable energy (low energy consumption is already causing a drop in energy taxes revenues in France of around 1.5 billion euros, which 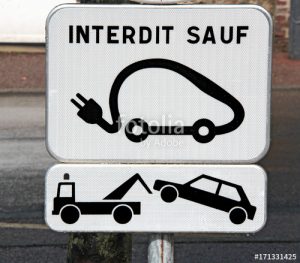 contributes to the state’s financing of this sector). Moreover, governments will have to avoid an oil and gas industry collapse because industry and the transport system are not yet ready to switch to a decarbonized energy: the existing fleet of transport vehicles is still massively equipped with thermal engines, most industrial processes use heat produced by fossil fuels, there is not yet alternative to petrochemicals, while natural gas is essential for the fertilizer industry, etc.  The end of oil, which many authors have announced as imminent since several decades, is not for tomorrow but more likely for the day after tomorrow.

However, once the crisis will be on exit, it should not be « scrapped » in order to learn from it: what kind of industrial and agricultural strategies should be implemented to avoid the obvious disadvantages of an uncontrolled globalization of economies accompanied by an unreasonable outsourcing of means of production, especially of strategic products (e.g. medicines)? How relationship with countries like China would evolve? What energies will be used and with what kind of industrial alliances? Will new cooperations will be forged with African countries when they will emerge from the crisis?  Answering these questions will be a prerequisite to relaunch policies for an energy transition and accelerate its pace. IEA Director Fatih Birol, in a note on the coronavirus crisis, proposes that economic recovery contribute to a sustainable environmental policy with which it should be compatible (Fatih Birol, IEA « How to make the economic recovery from coronavirus an environmentally sustainable one » 30 March 2020, www.iea.org ). With this in mind, he proposes that government policies support the energy transition by prioritizing investments in energy efficiency in industry, transport, and buildings (a key sector, which represents almost 40% of final energy consumption in France, and where techniques are mature and job creation is potentially important).

The experience of the weeks during which a large number of « confined » employees were able to maintain a professional activity by working at home through telework, in France as in many countries, shows that this mode of work which limits travel is likely to develop in the future especially in the sector of public and private administrations, service companies ( press, legal services, engineering and IT companies, etc.). All pre-crisis energy scenarios involved a sharp increase of the contribution of electricity in the energy mix (by almost 50% in the IEA’s most proactive scenario), the new context, in particular telework and the

development of electric motorization, will undoubtedly require a strengthening of the « electrification » of the economy with the development of renewable energy techniques (wind and solar) and, possibly a new nuclear power supply. In its annual report on renewable energy, published at the beginning of the crisis, IRENA (International Renewable Energy Agency, Global Renewable Outlook, April 2020, www.irena.org ) assessing the future of major renewable energy techniques highlights in its introduction that « Crisis exit measures could help: – to install flexible power grids – to improve energy efficiency – to develop charging systems for electric vehicles , energy storage – to facilitate the interconnection of hydropower generation and the production of green hydrogen – to develop multiple other clean energy technologies. The need for energy decarbonization remains, and these investments must guard against short-sighted decisions and avoid a greater accumulation of frozen assets (in fossil fuels). » This policy will require massive investments that will have to be financed. The economist C. de Perthuis considered in his recent book Le Tic-Tac de l’horloge climatique (De Boeck Superior, Louvain-la-Neuve, 2019) that the issue of carbon taxation is an unavoidable one. Finally, “France Strategy” in a note on « the impact of the crisis on the electricity system in France » stresses that « the consequences of the drop in activity on electricity consumption call for a re-examination of the robustness of the French and European electricity production, transmission and distribution systems. Important developments will need to be considered in order that these systems respond in a safe and secure way to the challenges of the coming years. The decarbonization of the economy will lead to a sharp increase in the share of electricity in energy consumption, and our systems are not ready for it” (France Strategy, M. Degermont and E. Beeker www.frnacestratgie.gouv ). The new situation and its international dimension will be a critical issue. It imposes an industrial strategy with alliances between European partners that the European Commission should facilitate, at least hopefully (recent battery cooperation is an example) but

also with countries such as Japan and South Korea. Although the exit of the crisis deals about the preparation of the future, one might observe that the role of scientific research is rarely mentioned (except in its biomedical dimension) : it should be among government priorities  In this time of health crisis, let us remember the memory of Sadi Carnot, one of the founding fathers of thermodynamics, the science of energy, who was the victim at the age of 36, in 1832 in Paris, of the serious cholera epidemic that affected France (it was the cause of 100,000 deaths, its  origin was probably in India)…

In 2018, 80% of primary energy was of fossil origin (31% being oil), buildings (lodgings and offices), industry (including thermal power generation) and transportation, each accounting for about one third of final energy consumption. The decline in the fossil fuels consumption is obviously beneficial for climate policy and considering « post-crisis « , many experts propose that a recovery of the economy will have to be accompanied by measures to accelerate the transition to « decarbonized » energy and thus, in priority, the exit of coal and oil. It is thus necessary to try to answer the double question: is the health

crisis a game-changer for energy and how?

Finally, “France Strategy” in a note on The impact of the crisis on the electricity system in France www.francestrategie.gouv ) emphasizes that the impact of the fall in activity on electricity consumption call for a re-examination of the robustness of the French and European electricity production, transmission and distribution systems. Important developments will need to be considered in order for these systems to respond in a safe and secure way to the challenges of the coming years. The decarbonization of the economy will lead to a sharp increase in the share of electricity in energy consumption, and our systems are not ready for it. Energy policies, at least in Europe, should consider this issue as one of their priorities.