Accueil » Articles » The energy transition after the Madrid Un climate conference : how to keep the pace?

The energy transition after the Madrid Un climate conference : how to keep the pace?

The “Energy and Climate Law” on energy transition, promulgated in France in november  2019, sets an ambitious objective: to ensure France carbon neutrality in 2050. It is based on the principle widely accepted following the work of climatologists and IPCC’s diagnoses that global warming finds its cause in greenhouse gases emissions, mainly carbon dioxide, 70% of which results from the consumption of fossil fuels (80% of the world’s primary energy): « decarbonize » energy is therefore a key objective in the fight against global warming launched on a global scale by the Paris agreement in 2015, its  implementation has been  at the heart  of the last UN climate conference in Madrid.   Let us recall the main objectives of the law: – 40% reduction in fossil fuels consumption in 2030 compared to 2012 (instead of 30% in the 2015 law) – postponement from 2025 to 2035 in the share reduction of nuclear electricity in electricity production to 50% (it is today close to 75%), which requires closing 14 nuclear reactors – closure by 2022 of the last four coal-fired power plants in operation – the share of hydrogen produced by low-carbon processes will have to be between 20 and 40% in 2030 (it is produced today with natural gas) – creation of a climate High Council with the mission of assessing government’s climate action. Half of the electricity will, implicitly, be produced by renewable energy resources in 2050. The Pluriannual Energy Programming (PPE), for the periods 2019-2023 and 2023-2028 has been « revised », it supposes the maintenance of electricity consumption at its current level (« French Strategy for Energy and Climate », 2019, www.ecologique-solidaire.gouv.fr ) and specifies the objectives for the production of electricity from renewable sources: – the doubling of installed capacity over the 2017-2028 period to ensure 36% of electricity production (21% in 2018). It also plans to increase the share of biofuels in gasoline. It should be noted that it leaves in limbo the carbon taxation, which was frozen in 2019 following the protests of the yellow vests (a target of € 86 / t CO2eq, set for 2022).

We must note that the final energy consumption in France practically did not decrease between 2010 and 2016 (whereas it is supposed decreasing by 7% in 2022 and by 14% in 2028), but also that the energy intensity of the economy is on a downward trend of 1.4% / year. We can therefore wonder about France’s capacity, as well of other countries, to maintain a rapid transition pace. Debates during the 25th UN Climate change conference which was held in Madrid in December, have shown reluctance on the part of several advanced countries for increasing their objectives for abating their CO2 emissions.  Taking into account recent emission trends, the atmosphere of planet would rather be on a course towards a  3°C temperature increase.  A recent study published by the Oxford Institute for energy studies (A road map to navigate the energy transition, October 2019, www.oxfordenergy.org ) points out that « the energy transition occurs over a short period of time. In general, energy transitions are slow processes… the policies implemented since the mid-1990s favor an accelerated change in the energy mix ”. It notes that this process is new and that the Paris Agreement can further accelerate it in the years to come: the roadmap for energy strategies is « driven by politics » with great variability in strategies (France and Germany illustrate their observation). The Oxford experts also feel that the transition to renewable energies will be incomplete, given the existing techniques and the difficulties in electrifying certain activities (the production of cement and fertilizers, air and sea transport, for example); moreover, there are not yet chemical manufacturing processes to replace petrochemical one’s, which use fossil carbon, as well as

natural gas in the ammonia industry. Finally, they conclude that if « a complete transition to an electricity produced by renewable sources is technically feasible, it will be politically difficult to be managed in completely liberal economies », it would indeed imply a profound change in the energy markets (a new “Business model”), especially since the electricity price could be subject to strong fluctuations caused by their intermittence (in particular due to weather hazards) and that it is necessary to integrate the cost of electricity storage and distribution in the kWh price. Many political decision-makers will no doubt be tempted by mixed solutions with renewable resources supplemented by power plants with combined cycle gas turbines having an  excellent efficiency (60% today, with the lowest production cost per kWh), equipped with a CO2 capture and storage system (which is still expensive). It should be added that the nuclear option remains open for several countries (including France, the United Kingdom, China and India, etc.).

The World Economic Forum also raises the question of the pace of transition in its report The speed of the energy transition, gradual or rapid change? (WEF, September 2019, www.weforum.org ),by considering two options, gradual and rapid. Only the latter, implementing new energy techniques with a peak in demand for fossil fuels in 2020, would make it possible to achieve the objectives of the Paris Agreement. A number of unknowns remain as the climate skepticism of the current US Administration and the role of China and India which are large consumers of fossil fuels, as well as the energy needs of Africa, will slow the decarbonization of energy. Thus, the IEA notes in its World

Energy Outlook 2019 (IEA, November 2019, www.iea.org ) the existence of a “gap between the aspiration for rapid energy transitions based on the use of renewable energies and the reality of energy systems still very dependent on fossil fuels ”. However, among its three scenarios which it has envisaged, only one of them is proactive, called “sustainable development”, being more ambitious than most of confirmed national policies, is in accordance  with the Paris agreement (carbon neutrality of the planet might be achieved in 2070…) : it “forecasts” a slight decrease  in world energy demand in 2040 (with a rapid collapse of coal demand) with a strong increase in electricity production, which will be « at the heart of contemporary energy security issues » (it will represent 31% of the final energy mix in 2040 instead of 19% in 2018).  Two third of electricity production would be ensured by renewable energy resources (solar, wind and hydroelectricity) whose costs are becoming competitive according to IRENA (Renewable power generation costs in 2018, www.irena.org, 56 $/MWh for wind onshore). It envisages an annual strong decrease of CO2 emissions (5,2 per year) as well as of energy intensity (- 3,6 % per year).

France is considering an energy transition scenario at a relatively rapid pace but it is not certain that it will be sustainable because it assumes: a significant drop in energy intensity, a sharp decrease in energy consumption in buildings (implying their thermal renovation) and transport, a strong investment in the renewable sectors, a substantial progress of batteries with a fall in their price. Investments needs are high and the uncertainty which hangs over the future of the carbon tax (an issue which is being debated by a “citizen convention” on the climate issue organized by the government), an incentive to decarbonize energy and a financing tool for the transition, is a handicap. One must also observe that the Madrid climate conference did not reach an agreement on the carbon markets issues.  As far as France is concerned it is therefore necessary to find both financial engineering to support the energy strategy (including its industrial dimension, in particular for the transformation of the automobile industry) and increase public investments to prepare the future beyond 2030 if France wants to keep a rapid pace of transition. This presupposes an increase in public R&D efforts on major issues (renewable and nuclear), an effort which has been in continuous decline over the period 2013-2017, but with an upturn having taken place in 2018 (€ 1.1 billion with a 2% growth). A real « mobilizing program » on energy is necessary in the future programming law for research that the government is preparing, accompanied by training actions for engineers and technicians in Grandes Ecoles and universities.

Regarding, finally, nuclear energy, France maintains for the time being its nuclear option for its electricity mix with a first meeting point, in the early 2020s, for the shutdown of the first reactors and a second in 2035 when the nuclear part would represent only half of the electricity production, on the other hand the future of the sector, beyond 2035 remains in a complete blur. One must observe that ten-

year planning like that of PPE is unsuitable for a sector such as nuclear (Institut Montaigne, Pour réussir la transition énergétique, June 2019, www.institutmontaigne.org ) operating on long-term cycles (R & D- construction ) and with a high capital intensity. If France wants to preserve the future of its nuclear option which is both a way out of carbon-based energies and an insurance for its energy independence, it is necessary to prepare the reactors of the future through an R&D effort and to renew industrial skills which will ensure their construction « at the same time » for national needs and export. The possibilities of the new EPR sector (1645 MW) must be assessed. The report written by Jean-Martin Folz on the “construction of the EPR of Flamanville” for the CEO of EDF unfolded the “litany” of incidents, construction faults of the reactor (from concrete to the steel vessel not forgetting failings in weldings), announcements of delay and cost overrun (quadrupling of the initial estimate); site management was globally faulty. Feedback from the operation of the two Taishan EPR reactors in China, connected to the network in 2019 (EDF was involved in their construction) and that of Olkiluoto in Finland, built by the ex-Areva, will also be interesting; those EPRs will no doubt deserve neither a requiem nor a te deum. If State wants to prepare for the energy future, the recent decision to stop the CEA’s Astrid project to build a new prototype breeder (a sodium-cooled fast neutron reactor) is completely incomprehensible and damaging. It is desirable to put on the table future options (EPRs, breeders and medium-power thorium reactors, processes to destroy long-lived nuclear wastes) with a R&D schedule and a strategy of cooperation with partners (China? Japan which intends maintaining its own nuclear option?) 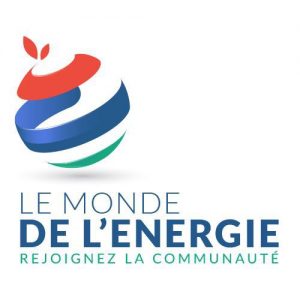 and also with an estimate of required investments.

The energy transition will undoubtedly be a long-term navigation, so we need using a good compass and a good map to avoid obstacles and falling into a « Bermuda triangle », it is not certain that France has the will to use them. European Union is in a similar situation as the new European Commission has put forward a “green deal” with the objective of giving priority to strategies to achieve  “carbon neutrality” for Europe in 2050.