Accueil » Articles » The energy in the political turmoil

The energy in the political turmoil

The practical implementation of the Paris Climate Agreement, concluded in December 2015 at COP 21, is proving to be an arduous operation. While it had no binding value for the signatory states, the latter only pledging to program the reduction of their CO2 emissions (China after 2025), it is clear that many of them are late on the path to an energy transition which requires an exit of fossil carbon energies, in particular coal. Moreover, this year’s climatic events : severe forest fires in Greece, Sweden and California during the heat waves, water shortage in South Africa for similar reasons, violent hurricanes on the United States East coast, Philippines and Japan, heat waves in Europe, strong presence of ice in the maritime waters of northern Canada. They show that climate change is underway and that it is already having a serious impact. At the end of the summer California announced its goal to produce all its electricity, in 2045, from « clean » energies. On the political front, two events that took place a few days apart, the forced resignation of the Australian Prime Minister, Malcom Turnbull, and his replacement on 24 August by Scott Morrison, 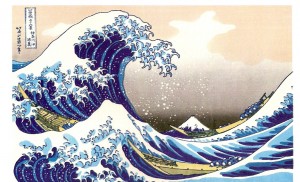 and that of the French Minister of State for Transition Nicolas Hulot, which took place on 28 August, reveal the difficulties encountered by governments in implementing a proactive policy capable of making rapid progress on the road to energy transition. The French press has commented at length on the reasons invoked by Nicolas Hulot to explain his resignation, just remember that he felt that government action was insufficient to lead an energy and ecological transition at the rate he felt necessary. The resignation of the Australian Prime Minister has gone unnoticed in the antipodes (Australia consumes its Prime ministers at a faster pace than that experienced by the former Fourth Republic in France …) but we must observe that the liberal party, his party, contested his intention to set up a control system for CO2 emissions by energy operators, the “National Energy Guarantee”, and put it in a minority position, forcing his resignatio (Nature, editorial, 4 September 2018, www.nature.com ). It was reported by an editorial journalist, that his successor, Malcom Turnbull, had been featured last year in a parliamentary debate on environment coming in session with a piece of coal (Australia is a big producer of coal) of which he extolled the virtues …. The new Australian government’s attitude towards the Paris climate agreement remains not yet clear. To end this list of political disappointments with the decision of Canada’s Prime Minister Justin Trudeau this summer to retreat on a future carbon tax that the Canadian government plans to introduce, its level would be lower than expected.

Let’s stay in France and take stock of the projects on which the government worked from the law on energy transition, passed in 2015, and the « Climate Plan » presented by Nicolas Hulot in July 2017. They both had ambitious objectives, in particular: ensuring France carbon neutrality in 2050 and forbidding the sale of cars with a combustion engine from 2040. Meanwhile one must observe that France has difficulties to reach its engagement to reduce its greenhouse gases emissions, those of CO2 increased even slightly in 2017. A new Plurennial Energy Program (EPP) is to be published by the end of the year 2018 after consultation with the stakeholders which took place with public debates until last June. The new minister in charge of energy and ecology, François de Rugy, announced that the government would make public its roadmap for the energy in October. The tricky part of this EPP being the new balance to be struck between renewable and nuclear energies for electricity production because the objective of reducing the share of nuclear power in 2025 to 50% is unreachable, the horizon should probably to be pushed forward to 2035. Even if the installed power in wind and solar plants progresses at a good pace (but with a delay for the solar one), the effort which shall be accomplished remains very important (in full year, today, 22% of electricity consumption is provided by renewable energies, mainly hydro, see RTE, “Panorama of renewable electricity” at June 30, 2018, September 2018, www.rte-france.com ) : it would require more than doubling the share of renewables in electricity generation in fifteen years. Note that the record of coupling of new wind and solar power to the grid amounts to 2.8 GW, in a full year, which hardly ensures the equivalent of a nuclear reactor production.

Several issues remain untouched. The first one being is the storage of electricity, which is only rarely discussed, at least in France, whereas it constitutes a major lock (that one of batteries) for this electrical transition for both power plants and electric vehicles (a hydrogen plan proposed by Nicolas Hulot envisaged that part of this storage being done with hydrogen fuel cells which is largely a plan on comet). Research in these areas is progressing, but slowly indeed, an alternative to the lithium-ion battery should be found (lithium-air or even sodium-ion or lithium-sulfur batteries are studied, see P. Papon, « New batteries perspectives », Futuribles, No. 426, September-October 2018, 102, www.futuribles.com ). The second one being the reduction in final energy consumption, primarily in buildings and

secondarily in transport, they represent, respectively, 43% and 32% of final energy expenditure in France. A note from the Parliamentary Office for the Assessment of Scientific and Technological Choices gives a fairly severe assessment of the thermal renovation of buildings, which should be a major route towards energy savings (OPESCT, JL Fugit and L. Prud’homme , note scientifique, July 2018, www.senat.fr/opects ). The law on energy transition has set an objective of performing the thermal renovation of 500,000 homes per year, an operation that is costly for lodging owners (a complete renovation of a dwelling costing at least to € 20,000). The OPECST estimates that the objectives for this building renovation are not achieved, although significant resources were committed (3.8 billion incentive credits in 2015), the achieved reduction in global energy consumption in this sector was indeed very modest as it went from 498 TWh to 493 TWh, from 2009 to 2016 which represents a 1% decrease ! OPECST considers that « the achievement of national and sectoral objectives therefore implies a real break in the field of energy renovation » and that priority must be given to buildings being energy « sieves ». The new minister announced that the replacement of a tax credit with a subsidy for this renovation would be delayed, which is not a good signal.

Last but not least, we have to consider the public R & D expenditure in the energy sector which, surprisingly, has been steadily falling, in France since 2011 (General Commission for Sustainable Development, Data Lab, August 2018, www.statistiques.developpement-durable.fr ). It has decreased from 1050 million euros in 2011 to 913 million euros in 2016, a continuous decrease of 2% per year, the latter having been strong in 2016 (8%), expenses support for innovation amounting to € 944 million. Nuclear

energy, down since 2005, representing still 45% of total R & D expenditure, and new energy technologies (41%), which increased sharply over the period 2005-2011 (they tripled over this period) have stagnated or eroded since then. France can certainly console itself by noting that public expenditure on energy research relative to GDP is the second largest among G7 countries (0.05%), but the decline over the past five years does not help to prepare the future.

At the risk of repeating ourselves, we stress that the energy transition is a three-dimensional object – scientific, industrial and socio-economic – and that this must be taken into account at the same time and in a coherent way. It is clear that this is not yet the case and one cannot be satisfied, as some political circles do, with prophesy a climatic apocalypse, while on the same time not taking into consideration the difficulties involved in strong measures which have to be taken to fight against global warming. The threat is certainly serious as shown by climatic events during the last summer, but we must put all files on the table : firstly identifying all the technical and financial locks to breach in order to reach energy transition objectives, and secondly by quantifying the cost of measures that ‘impose with a realistic timetable. Let’s just make a few tracks. The thermal renovation of the buildings supposes, as the OPECST underlines, the setting up of an efficient financial engineering. The development of renewable energies and electric mobility requires an industrial strategy based on a research and innovation effort able to propose new techniques, especially new materials for solar photovoltaic and batteries, in order for the French industry to be present on the world markets, the question already arises for the transition of the automobile industry to electric vehicles. It should be added that new energy technologies are using materials, particularly metals (such as rare earths and cobalt), which are for the most part, imported in France. The Court of Auditors in a recent note to the Senate (Renewable Energy Support, March 2018, www.comptes.fr ) pointed out that “France has not yet managed to acquire industrial champions in the renewable energy sector and that ‘a clarification of French industrial ambitions in terms of renewable energies is therefore essential”. What’s more, France, like Europe, does not have a mining strategy and risks, in the future, to

depend on countries like China for its supplies of metals which are critical for certain energy techniques (see on this subject the book of Guillaume Pitron, La guerre des métaux rares, Les liens qui libèrent, 2018). There is no “miracle” solution to “decarbonize” energy, renewable energies are certainly one of the possible paths, but it is not realistic to put a veil on the future of nuclear power, as some political dealers do it in France, it is part of the solution, provided that it assesses its technical and financial constraints.

A recent and very interesting report by MIT, The Future of Nuclear Energy in a Carbon-Constrained World, has performed this analysis and its conclusions are addressing important issues (MIT, 2018, www.energy.mit.edu/research/ future-nuclear-energy-carbon-constrained-world). We will come back to this report later and we simply summarize its conclusions : – nuclear is undeniably a solution to the « decarbonisation » of energy – the cost of building new plants in Europe and the United States is very high and the cost of kWh produced may not be competitive unless drastic measures are taken to reduce the cost of equipment (building them with serial effects) – a possible long-term solution would be to build small reactors, avoiding in particular the use of light water as fluid coolant, for example generation IV molten salt reactors. According to the MIT, there are plenty of issues to be addressed.

The need for proactive policies is not in doubt, and public opinion is probably aware of this, but political leaders must deliver a clear message :  these policies have to be planned on a long term basis and will have a cost  and many of them involve international agreements (the carbon tax notably in Europe),  and many of them require common European strategies that remain to be imagined. The political and climatic « events » of this summer are warning signals showing that the energy transition will not be a long calm river….